An Encounter with “the wings” 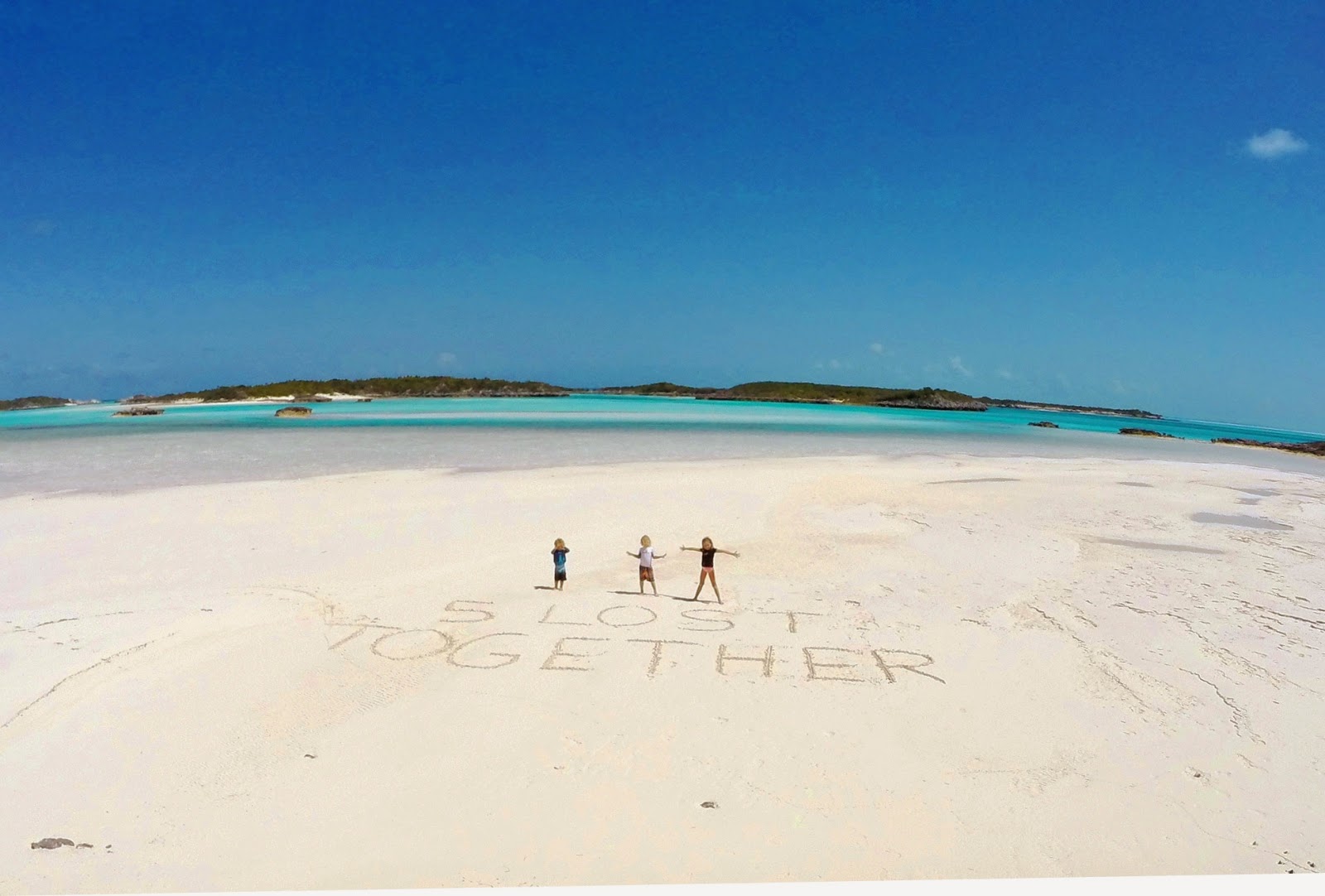 After leaving Warderick Wells, we headed to Hawksbill Cay, another island in the Sea Park.  My parents had told us about encountering “bitch wings” when you are anchoring and we experienced this for the first time. Basically the way this happens is we get in position to anchor our boat and you notice that the people on the boat nearby are out on their bow with their hands on their hips watching you.  Anchoring involves teamwork in deciding where to anchor, communicating between the bow and driver and when you have potential neighbours like this, it can be a little stressful.  While keeping an eye on the “wings” we anchored and felt quite happy with our position.  However, the people with wings clearly felt that we were way too close and starting gesturing at us.  What to do?  We felt like we were in a good position, but Paul and I both hate conflict and don’t want to have crusty neighbours.  After 10 minutes of weighing our options, we opted to pull anchor and anchor far off the beach away from the people with the wings.  As we were enjoying the lovely beach at Hawksbill, we got quite a laugh as another boat came in and anchored in the same place while the “wings” watched on again.  After some gesturing, they too pulled anchor.  We felt vindicated that obviously others thought there was lots of room as well.  The icing on the cake was when a party motorboat came up and anchored right near the wings, blaring their music – karma!

My friend Jillian on s/v Lost Horizon has been a great influence on me.  While the kids are playing and we are hanging out at the beach, she always starts up some yoga and exercises, which I am happy to join in.  I had all these grand plans of doing my own exercises on the beach before we left and even brought a stretchy band, which has been used once.  In many ways we are less active on the boat (my podometer confirms this) since there really isn’t that far to walk on our little 40 foot boat.  We walk in town and on the beach and we snorkel and swim, but I definitely feel like I could use more exercise.  Travelling with Jillian was great as we would use any 15 minute break to do some type of yoga or activity.  We parted with them a weekago, but I am still trying to use those spare moments to do SOMETHING.

After Hawksbill Cay, we headed up to Shroud Cay, the last island in the Sea Park.  Shroud Cay doesn’t have long sandy beaches, but is a mangrove wonderland.  We had a great time in the dingy exploring the mangrove canals through the island in search of turtles.  The kids got lots of use out of their boogie boards on the ocean side.  We took a mooring here, which I love because I sleep so much better on a mooring.  I worry lots at anchor and am always getting up (or nudging Paul to get up) and check the anchor and our positioning.  We also finally celebrated Easter as we had made a pact with our buddy boats to wait until we were on our own to celebrate.  So for us, the Easter bunny managed to find our boat and visited us on Thursday.  It was getting a little dicey as Ella kept asking how much longer to Easter.  On our Easter Thursday, she played with some kids from a mega yacht and she must have told them it was Easter that day.  The kids told her they had Easter awhile ago and she was a little suspicious, but the power to believe is strong.

Up next: we are almost out of water and food, what do we do? 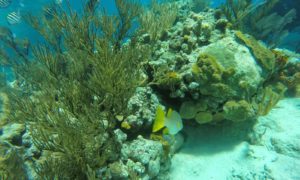 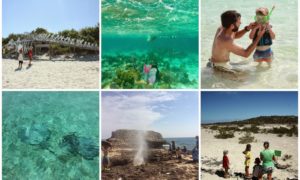 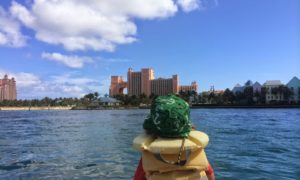