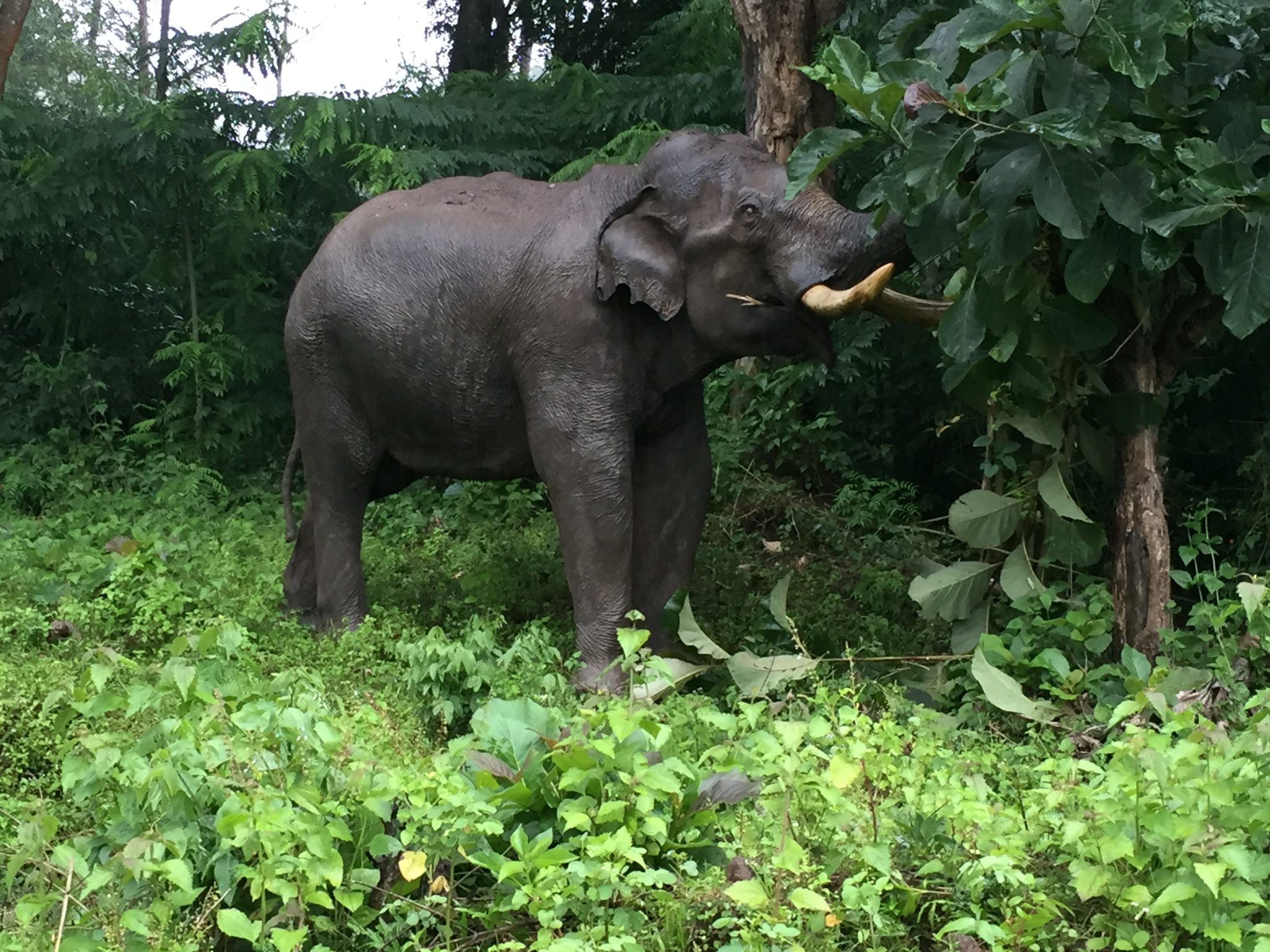 I really wanted to see elephants in India.  Of course I had seen lots of them in zoos and even in the wild in Sri Lanka and throughout Africa, but I was determined we would see them in India.  On our trip we were visiting two wildlife area.  We visited Periyar Tiger Reserve, which was a total bust for seeing wildlife, although we did see an elephant being walked down the street there.  Our next wildlife area was Wayanad, which I had all my hopes pinned on for elephant spotting.  Wayanad would also be where we would celebrate Gavin’s 7th birthday.  The Wayanad region is in northern Kerala and we didn’t see any other foreigners there.

We had picked a cute little homestay, Enteveedu, which would be our last homestay of the trip.  We took 2 local buses to make the 4 hour trip from Kannur to Wayanad and as the bus wound up the hills, we welcomed the cooler temperatures and moist, lush air.  We have gotten in a pretty good routine taking local transportation and the kids no longer complain when we are sitting 3-4 to a seat or when they need to sit next to total strangers.  The buses are all open air and are remarkably organized.  The ticket examiner collects your money with an automated printout and we are always charged the correct, local amount.

Wayanad is very rural with a large tribal population.  Enteveedu is set in coffee and  spice plantations and looks out over rice fields.  It was great for the kids because they had so much for them to play with.  They had bikes, balls, a games pavilion with ping pong, chess and other games and even a sandbox.  After travelling for 3 weeks, it was great for them to have time to just play.

The homestay also had lots of hammocks and comfy areas on the main open air floor to hang out.  The food was still very challenging for the kids because we were served traditional Keralan foods. The first couple of days we were there, Seetha, the hostess was away and so it was harder to communicate with the staff.  Raj, her husband was there and he particularly enjoyed seeing the kids playing.  Through our conversations I learned that two of his children are living abroad in New Jersey and Dubai and his daughter and her husband just moved home from overseas and are helping them with the homestay.  He was a very quiet and proper man and in the beginning I didn’t know if he disapproved of the kids running around the property.  But then I noticed how he would rock Ella on the hammock or tousled Miles’ hair and I could tell he enjoyed having kids around.  One day he unexpectedly brought out his son’s wedding photo album to show me.  We have noticed throughout our time in India professional photo and video shoots of newlywed couples going on at picturesque locations.  In fact, the first 24 hours we were at Enteveedu, a couple posed endlessly for photos and videos, as three photographers directed the production.  There was the garden and plantation shots and even a bonfire shoot in the evening.

I finally got to see the compilation of these photo shoots in the album Raj handed me that had to have been 6 inches thick of beautiful, glossy pages.  The couple truly looked like movie stars outfitted in designer Western clothes in some pages and traditional Indian clothes in others.  There were photos of the Hindu wedding ceremony and numerous family photographs.  Raj looked on quietly as I flipped through the pages exclaiming how beautiful everyone looked.  He then shared how they had not approved of the marriage in the beginning because it was a love marriage and the bride was from a lower caste.  I didn’t know what to say, so made some comment like, “but everything worked out.” I had discreetly inquired a few times about marriages of people we met in India and they had all been arranged marriages, but slowly it seems this is changing with the new generation.  Whenever I got my hands on an Indian newspaper, the first section I went to was always the matrimonial ads.  You hear a lot about the caste system in India, but this was the first time I ever it heard it mentioned.

We were pretty lazy in Wayanad and spent a lot of time hanging out. We had tea on our verandah overlooking the lush fields, the kids played and of course Uno got used quite a bit. Raj took us for a long tour through the area pointing out various plants, like pepper, betel nut, coffee and various spice trees. He also took us to the ruins of an old Hindu temple with intricate carvings.

We did venture out on a day trip to go on a jeep safari through Tholpetty Wayanad Wildlife Reserve with the goal of course of seeing elephants.  Just on our drive into the park we saw lots of deer.  The jeep safari was a bumpy private ride through the reserve and we saw lots of deer, wild boars, peacocks, a buffalo, and an elephants from afar.

But just as we were almost back, we came across an huge bull elephants snacking on a tree 30 ft from us. Amazing to watch the grace and power.  Elephants truly are amazing animals. We were feeling really satisfied with our sighting even if it was pouring rain.  The fact that the driver was taking selfies with the elephants showed that we were really lucky to get this close.

The day trip also allowed us to eat away from the home stay where the kids could enjoy fried chicken and French fries.  We visited Thirunelli Temple, an ancient Hindu temple dating from the 8th century in the pouring rain.

Our last day in Wayanad was Gavin’s 7th birthday and The home stay had arranged for a cake for Gavin.  Gavin wanted to just spend the day relaxing at the home stay so we did some walks around, lots of card games and even some TV time.

We have had TV a couple of times here and the kids really like the cartoon show Little Krisna. The home stay family had set up candles all around for Gavin’s birthday and led him to the cake and decorated verandah.  He was so happy as the family, us and a random Aussie guest sang him happy birthday. They seem to do cake here before dinner and so after poor Gavin got served a typical spicy Indian meal.  We promised him his choice of dinner in Bangkok. He was thrilled to get his homemade cards and Blue Jays shirt.  It was a very low key birthday, but hopefully a memorable one.  Gavin is our most relaxed child and I was thankful that it was his birthday we were celebrating in this way.

Next up, we change states and head to Karnataka and the royal city of Mysore.

Beach and Culture in Kannur 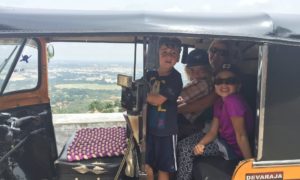 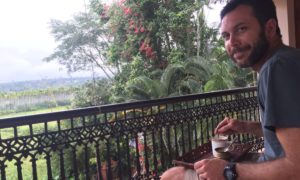 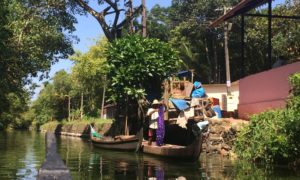 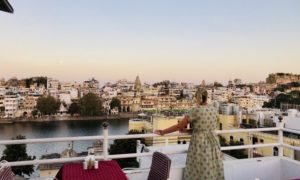 6 Awesome Things to Do in Udaipur (+ Where to Stay)