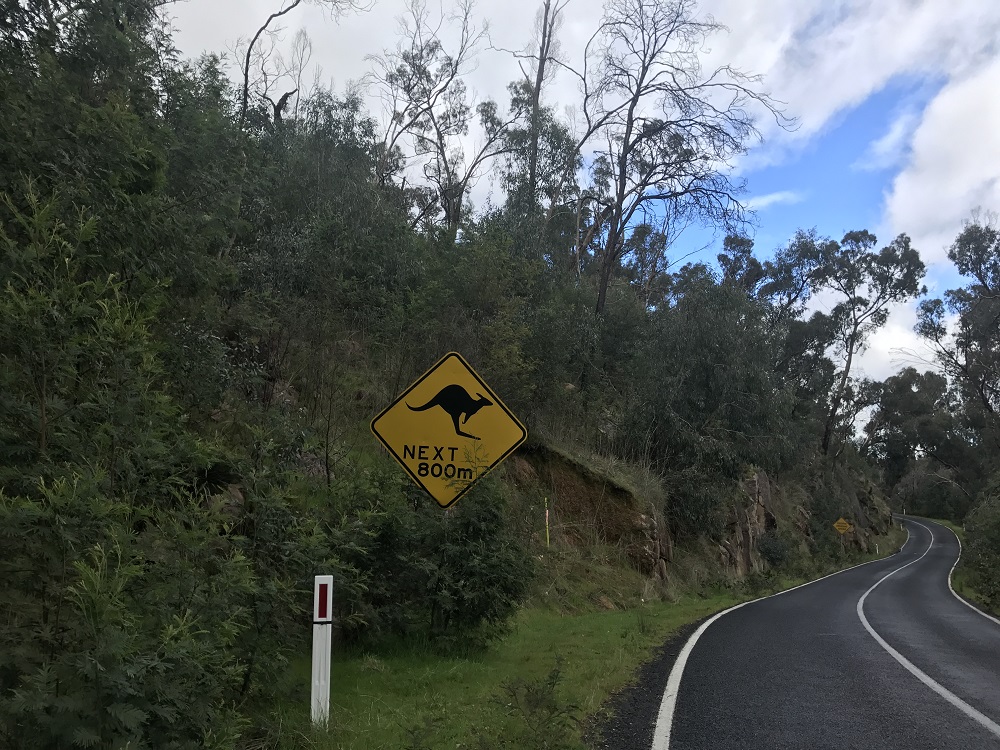 I am writing this update from the Pacific Ocean as we sail from Australia to PNG (Papua New Guinea) aboard the P&O Pacific Eden.  I can’t help but feel like we are a bit spoiled with all the travel we have been doing.  We haven’t been back in Australia even two months and we are off on this little holiday.  Our October update will include more on our first experience cruising with kids, but the spoiler is, everyone is loving it.  It is quite different from our normal independent travel style, but it just goes to show that you shouldn’t limit yourself to one type of travel.  We really do believe that there are many different ways of traveling with kids, not one more valuable then another.  I probably have looked down on package tours and cruises a bit in the past but so far we are loving this cruise.

So here is what we got up to in the month of September.

September started with Father’s Day, which is not celebrated in June here.  Since we had already experienced a Mother’s Day here in Australia, we knew the unique ways school celebrate these occasions over here.  The PTA puts on a Father’s Day still where the kids bring pocket money to buy gifts for their Dads.  There are lots of really cute things like mini camping lanterns, Dad socks, Best Dad pens, back massagers and so on.  I helped out at the Father’s Day stall and it was so cute to see the kids come down and really think about what they wanted to buy for their Dad.  Some, like Gavin were influenced a bit by what they would like.  Hence, Paul ended up with a door basketball net.  They also do a Father’s Day breakfast before school where you buy food vouchers and Dad and kids get to enjoy breakfast together.

Years ago before Miles was born we made Paul a shirt for Father’s Day with the kids spelling out DAD in photos.  We re-created that this year with the kids in front of Melbourne sites.

Ella and Gavin are born a week apart and celebrate birthdays at the end of September/early October.  It is always a busy time of year doing parties so close together.  Since the end of September also brought school holidays, we did early parties in mid-September.  The kids had a great time climbing with their friends.  We did the parties back-to-back on the same day and it was a pretty exhausting day.  Ella has discovered Pinterest and planned an elaborate cake that she wanted.  Paul and I slaved away for hours in the kitchen to create this “mirror cake” and Gavin’s cake.  Needless to say we were pretty happy to have the birthday season behind us.

One of things I love about the Australian school year is the two week breaks between each of the four terms.  I really find that by the end of term, the kids are wiped and need that break to re-focus.  We spent most of the holiday getting over some sicknesses, doing some day trips into the city and preparing for our cruise.

One of the awesome things that has happened over the last month and particularly the school holidays is that the kids have developed a great friendship with the neighbor kids.  Up until now, we didn’t really know many people on our street and I would have to organize playdates for the kids to play with friends.  Now that they have buddies next door, both houses are a revolving door of kids in and out and I love these easy friendships.  There was lots of spontaneous play sessions and trips to the movies and swimming pool together.

Just in the past few weeks, it really feels like spring is here.  We have had some lovely sunny days and the trees have budded and bloomed.  We took our first camping trip of the season to the Grampians National Park, which is a 3 hour drive from Melbourne.  We had heard lots of great things about this mountainous area and it was one of our favourite camping trips.  The weather was a bit chilly in the evening and we had the inevitable every-time-we-go-camping rain, but it felt so good to be back in the tent.

We camped at a National Park campground with hardly any other campers.  The highlight was having wild emus walk through our camp site every day.  It feels silly to say it, but I really didn’t know that there were emus in the wild!  They obviously lived near the campground and were more comfortable coming close to us, then we were having them so close.

We celebrated Gavin’s 8th birthday camping, which was perfect since he loves the outdoors and camping.  I did manage to decorate our site a bit and we celebrated with smushed cupcakes bought many days prior.  That kid is so easy going; he was just happy to celebrate!

We did some really great hikes in the Grampians and I will likely do a whole post on the area soon.  The kids loved scrambling through the canyons, meandering along the rivers and jumping around the boulders.  I think the photos can show why this is such a special place and even though we visited in the shoulder season, it was spectacular.

The Kids Join the Circus

Every year the kids’ school puts on a production and this year it was the circus.  The kids loved learning their routines and were quite excited about performance night.  Unfortunately there were two shows and since we had kids in both shows, we had to sit through the same identical show twice…fun!  It really was cute and a great opportunity for the kids to get up on stage.

The boys have become really interested in skate culture over the last year and love to take their scooters out to the many skate parks around Melbourne.  I don’t love the foul language from the older kids at the parks or the danger factor, but I do like seeing them become more confident.  Skate parks are everywhere here and we are spoiled for choice about where to take the kids.

Aussie Rules Football (AFL) is a really big deal in Melbourne.  Last year we arrived just after the Grand Final and the victorious fans were still celebrating.  This year we have been to a few games, the boys played in a league, and Paul has been “tipping” weekly.  One of the first things you get asked around here is what team do you support?  Our kids went back and forth all year about who to support, but in the end jumped on the Richmond Tigers bandwagon.  Richmond, a neighboring suburb pulled off an awesome upset this year to win their first Grand Final in 37 years.

While we didn’t have tickets to join the 100,000 fans at the MCG (Melbourne Cricket Club), we did watch the match on TV.  We even have a public holiday here for the occasion, on the day before the Grand Final.  This allows all the fans to see the big parade in the city.

There were lots of highlights in September, but I will try to balance that out with at least one lowlight.  I had a brief scary moment when I lost the boys for about 10 minutes at the very busy and large, Queen Victoria Market in downtown Melbourne.  You might have seen my post on Facebook about this, but basically they were buying a drink while Ella and I browsed at a neighboring stall.  I took this photo below, turned around for a minute and then they were done.  I definitely grew more frantic as the minutes slipped away.  Just as a figured out where they might have done, I got a phone call from a vendor saying he had the boys.  I was pretty relieved and really proud that they had known to go to a vendor and give them my phone number.  When I picked them up seconds later, they were pretty nonchalant about the whole experience.

Where is the best place you have ever stayed? For our honeymoon we stayed in an over-water bungalow in Bora Bora. It was crazy expensive but it was definitely honeymoon-worthy. #honeymoon #borabora #frenchpolynesia

Where were you 1 year ago today? We were in the Backwaters of Kerala, India, meandering by boat through the canals. We had only been in India a week and we were just starting to get our travel legs. En route to this lovely spot we had been befriended on a train by an extended Indian family coming home from a wedding. It was that moment that I knew there was a reason we had chosen to spend a month in India with our kids. We still talk about sharing chai on the train and we are still in touch with that lovely family. #kerala #keralagodsowncountry #visitkerala

What does this rock formation look like to you? I thought it was just fascinating. This morning we did this awesome hike up to Mt Stapylton in the northern Grampians. I just love to see how well the kids have taken to hiking and how they notice little details in nature now. #thegrampians #grampiansnationalpark #mtstapylton

October is a really busy month for us.  We have our 9 day cruise and trip to Queensland.  As soon as we get back to Melbourne, my brother and his family arrive for a couple of weeks.  We have four nights with them at a beach house on Great Ocean Road.  I am really looking forward to that since we haven’t been out to GOR in almost a year.  November brings a quick trip for Gavin and I to Singapore and hopefully another camping weekend.

Why We Loved our Papua New Guinea Cruise 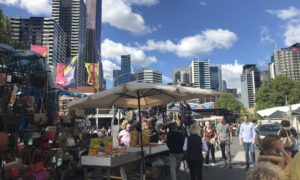 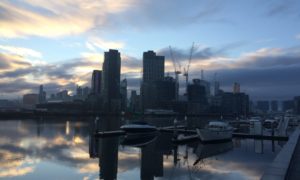 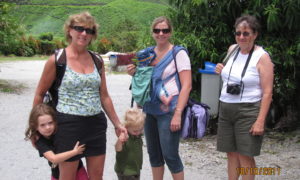 The Aunts do Asia 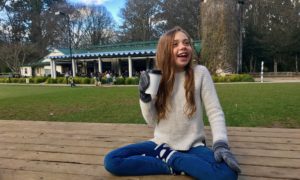