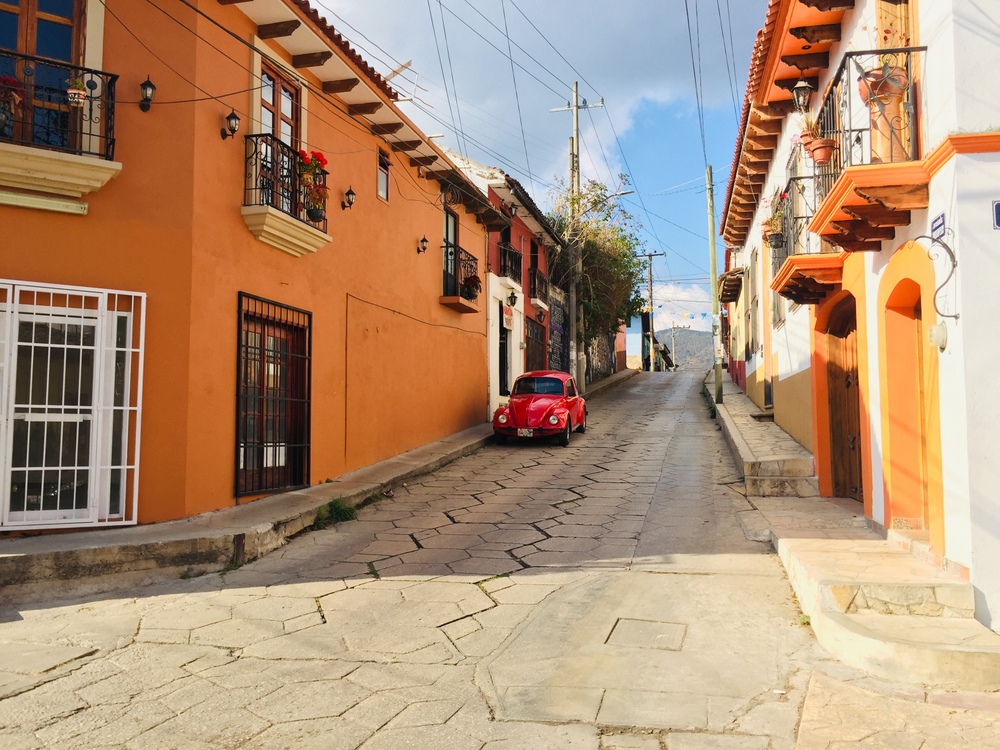 Trying to blog while travelling is tough and I have already gotten behind with my weekly updates.  We are now in India, where I have spent all my free time, trying to plan out our time here.  But for this update we are going to travel back in time, to our last few days in Mexico.

After 4 blissful weeks, week 5 hit us with some challenges in the name of traveler’s sickness.  We know this happens when you travel to other countries, but this has been the sickest we have ever been travelling.  After a week of struggling with belly issues, feeling unwell, and two major plane rides, morale has been difficult to maintain.

I am writing this from China still with an achy belly and wanting nothing more than toast with peanut butter and tea in my own house.  But, this is what we signed up for! We are not keen to be starting our travels in India on sore stomachs, but unfortunately this is how we arrived in India.

Our weeks in Mexico were incredible and really showed us how lucky we are to have such a beautiful country to explore so close to us in Canada. Even with Paul’s spontaneous trip to Australia for a week, our month in Mexico couldn’t have been any better.  We are now excited to plan future trips to explore more of Mexico.  And I am determined more than ever to work on my Spanish.

San Cristobal de la Casas was a place I had read about before out trip that completely captured my interest.  It is a beautiful, colourful city with cobblestone streets, set in the mountains of Chiapas state.  It is surrounded my indigenous villages that have maintained their unique ways of life, cascading waterfalls and fresh water lakes.

To get to San Cris we took our second overnight bus of the trip – another uneventful, comfortable ADO bus.  The areas around San Cris are a stronghold of the Zapatista movement and the most direct road between Palenque and San Cris is often road blocked.  The ADO bus goes the long way around to avoid the section of road between Ocosingo and San Cris, making it about an 8 hour bus ride.

Although we were loving the Mexican sunshine of the coast and jungle, we were looking forward to the cooler fresh air of San Cris, set at 2,200 m.  Although it was still shocking to step off the bus in the early morning hours to a brisk 10 degrees.  The morning was cloudy, overcast and dreary and we did wonder why we had left the Mexican paradise of the lowlands.  But we soon warmed to the narrow streets with their colourful buildings and the Mayan women selling handicrafts in their traditional clothing.

San Cris makes a great base for exploring the surrounding countryside and one of the most common places to visit is Sumidero Canyon.  Located an hour downhill in Chiapa de Corzo, the canyon has vertical walls reaching up to 1,000 m high. We thought we could save some money by renting a car ourselves and doing a canyon boat tour.  Sometimes these things just don’t work out – the tour price ended up being higher than we expected, meaning our DIY tour was more expensive than if we had purchased the tour in San Cris.  Oh well!  The canyon was really impressive and we even saw spider monkeys, crocodiles and herons.

We had lots more planned for our time in San Cris, but that night the first of us went down with a stomach bug and we all soon followed.  We spent the next two days not leaving the hotel room, magically managing to share one toilet.  We still don’t know what it was, but we have never been so sick in our lives.

Finally after a couple of days we were ready to attempt to venture out.  This time we are smartened up and booked a tour, to two indigenous villages nearby – San Juan Chamula and Zinacantan.  We found out that today was the most important day in these villages as they celebrated the last day of the year in of the Mayan calendar.  We had an amazing guide Caesar who has worked with these villages for 20 years and had deep respect for these people and was wonderful at fostering cultural understanding.

Being able to experience these villages at such a festi

ve time was completely surreal and I am sure I will write a full post about this unique experience.  Unfortunately, the one community does not allow any photos and I have only my memories to remember it. We witnessed dancing, running with bulls, fire running and so much more as we soaked up the festive atmosphere.  Ella was a bit afraid of the bulls on the street.  Her quote of the week was “Getting run over by bulls is not on my bucket list!”  The young backpackers we were with, thought this was quite hilarious!

A Quick Stop in Los Angeles

As our plane descended down towards LA, Gavin looked at me and said (with glee in his eyes), “We can put toilet paper in the toilet here.” It cracked us up and I love how this little thing made him so excited.

We scheduled a couple of days in LA to fulfill a Christmas present to the kids: a trip to Harry Potter World at Universal Studios Hollywood.  Our kids are crazy about Harry Potter and we had an awesome time last summer in London visiting many of the HP film locations and the WB Studio tour.  The kids

were super excited to walk through Hogsmeade and drink some butter beer again.

We had a great day and Harry Potter World really did bring JK Rowling’s words to life.  However, I expected more from Universal Studios.  We still had sore bellies at this point and I found the use of 3D rides with screens overused and it made me motion sick constantly.  However there is no denying that the Forbidden Journey ride is incredible.

We thought we were putting our sickness behind us, but the next day Paul relapsed and we spent the day looking for a clinic to take him to before our evening flight to China.  We did manage quick stops in Santa Monica and Venice Beach, but didn’t get to see all the great suggestions readers shared with us.  We did get a family dose of Cypro to cure us before we headed off for China and India.

Where We Stayed this Week

We stayed in two places in San Cristobal de la Casas, but the one we would definitely return to was Posada Primavera.  It had a wonderful family room with a huge bed and bunk beds and the hotel was beautifully decorated with a lovely garden courtyard.  It had a great location in the centro, strong wifi, free drinking water and even a coffee maker in the room!  We paid 1050 pesos/night.  Click here to check the latest prices.

In LA, we used points to stay at the mid-range Sportsman’s Lodge in Studio City.  We were really happy with the retro feel of the hotel, comfy rooms, and free shuttle to Universal Studios.  If you stay here, eat at Mendocino Farms down the street.  We had the most delicious salads and veggie sandwiches there and we loved the restaurant concept. Click here to check the latest prices.

We were a bit slack this week recording our travel costs, especially in LA.  We saw it as a bit of a break from our trip and were distracted with our sickness as well.

Entertainment = $199 (does not include our Universal Studios tickets)

I will try not to give too much away, but week 6 sees us experience China for the first time ever and begin our travels in northern India. 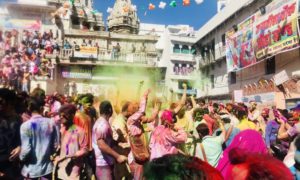 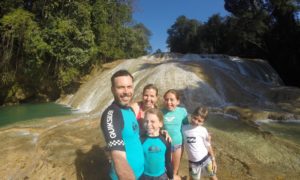 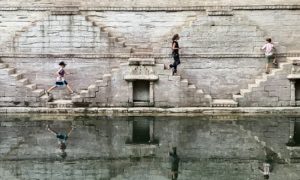 Week 8 Update: The Blue City and a Camel Safari 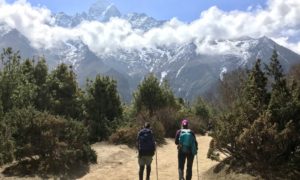