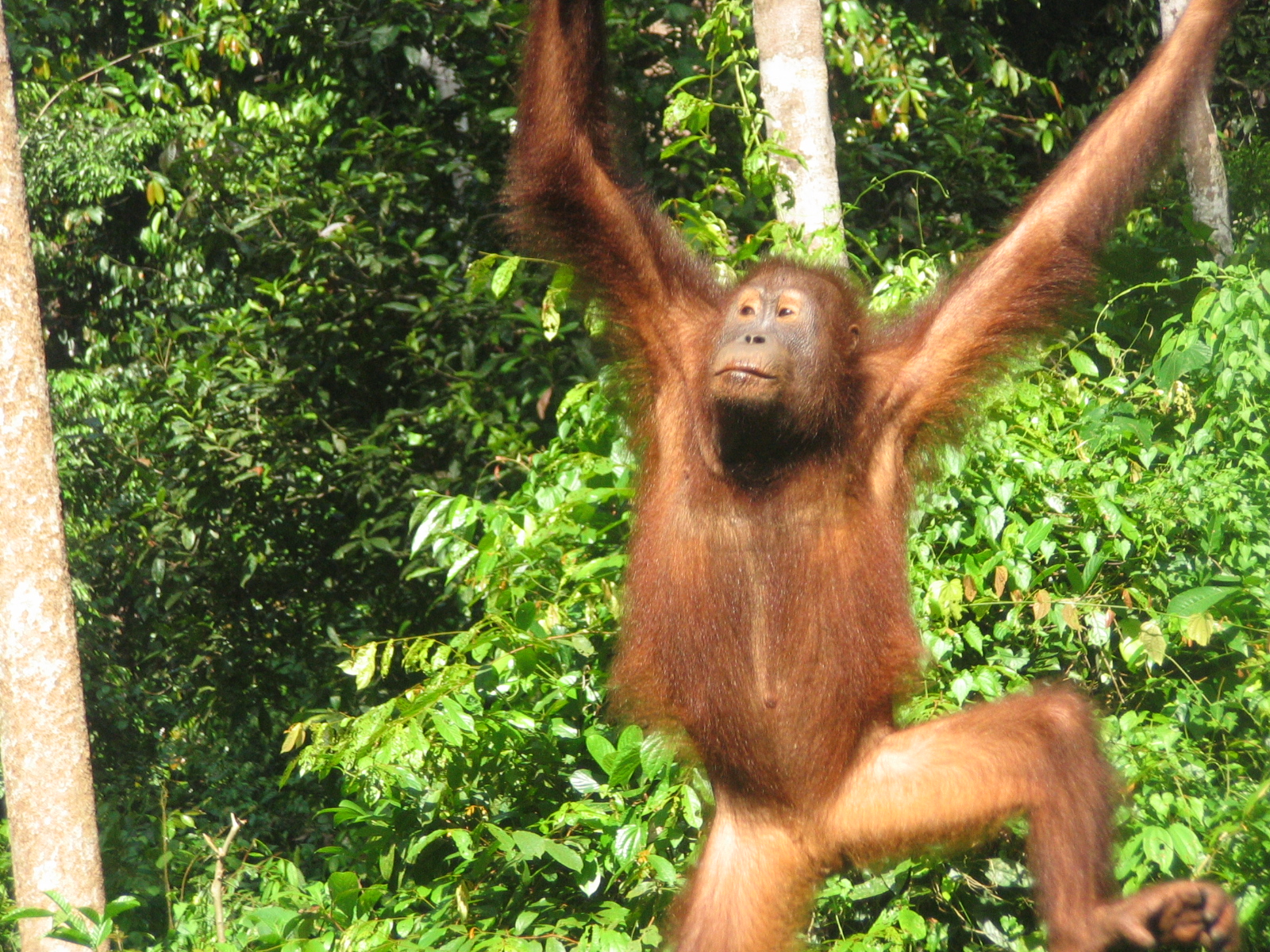 We have entered the second half of our trip and with it brings a new continent: Asia. We flew into Singapore and the first day we were extremely jet legged.

The city completely lives up to its reputation of being this eerily utopian city. Everything is squeeky clean, modern and efficient. It is true that littering is a huge offense, you cannot eat or drink on the metro and you cannot smoke on public streets. A friend we met on our Africa trip was from Singapore and he liked to call his hometown a “fine” city because it seems you can get fined for pretty much anything. There are no beggars, no stray dogs, no garbage…. We were really interested to visit Singapore because my brother, Steve is doing an exchange there in January and as his older sister, I wanted to scope the place out. After stepping outside the airport, the first thing we noticed was the oppresive humidity, which we will be living in for the next three months through SE Asia. We have never sweated so much in our lives! We were really jetlegged the day we arrived, but we managed to do some menial

tasks like internet, laundry and Paul got a hair cut. Paul’s hair cut wasn’t just an ordinary haircut. After the regular trimming, the barber used a straight razor to do the back and sides. When he was done he doused Paul’s head with copious amount of after shave and slapped his head a few times. I was sitting watching trying to hold a straight face. It got better when he leaned Paul forwarded and proceeded to crack his neck and back. A full service haircut, Indian style. We also decided to conquer Orchard Park, Singapore’s shopping district on a Saturday – good decision, eh! Singapore is synonymous with shopping and everywhere you go there are glistening shopping malls. I have never seen so many Prada shops in my life! We also had our first encounter with Singapore’s food courts, which are everywhere and offer an amazing variety of Asian concoctions. Ordering was always fun because we never really knew what we were ordering. We stayed in a hostel in Little India and it was a bit daunting to see all the backpacker types after our time in Africa. Welcome to the SE Asia backpacker superhighway! We thought those

The most prestigious place to stay in Singapore

Canadian flags on the backpack were cool back in Canada, but overseas other travellers love to poke fun at us Canadians for our symbols of patriotism. Little India was a fun place to stay and we loved the authentic Indian curries. We also happened to be there on a Sunday night when everyone comes out onto the streets in large swells. The atmosphere is unbelievable and you really feel like you could be in India. The women in saris shopping at vegetable stands with the thick fog of the humidity and incense and Indian pop music blaring from every shop. We toured around the different neighborhoods – Chinatown, Little Indian, the Waterfront and the Muslim area. Ethnically Singapore consists of mostly Chinese, with Indians and Malays making up the remainder. It was a famous colony of the British and there is still evidence of its colonial past. It really is a beautiful city and after Africa, it was nice to see so many new, modern buildings and clean streets. It truly is a Western, first world city.

We didn’t get to see all the sites in Singapore, but we did get a good introduction to the

city. We crossed the border into Malaysia uneventfully, for our flight to Sabah (the Malaysian side of the island Borneo). Right away you notice a difference between Singapore and Malaysia. Malaysia is the younger brother of Singapore. It tries to keep up, but it is certainly not a first world country. The streets are dirtier, the people poorer and english is spoken less. The first place we headed to in Sabah was a small town, Semporna. This is off the backpacker superhighway and the only reason people visit Semporna, is as an access point to Palau Simpadan. Simpadan is an island off the coast, that is world famous for diving.

“I have seen other places like Sipadan, 45 years ago, but now no more. Now we have found an untouched piece of art”. – Jacques Cousteau

All die hard divers want to dive Simpadan, and we thought since we were in the neighborhood, Paul better give it a try. We used a company called Scuba Junkie, which has a cute Backpackers too.

The diving was spectacular. Sipidan is detached from the continental shelf and has been created from a pedastal of land that has spiked up from the sea floor 600m below. And a pedstal is where

And behind those cute cafes…

Sipadan belongs. In sections the reef drops off to 600m just 15 m off the beach, creating massive coral walls full of soft and hard coral. I did three dives, all of which were drift dives. Descending to 18m, we gained bouyancy and sat back to enjoy the show. We drited with the current wathcing more turtles than you could count, eels, lion fish, baracuda and sharks. The favorite part was calmly drifting at 18 m along the wall as a 12 ft leopard shark lazily swam by in the opposite direction. Both of us, acutely aware of each others presence, yet neither willing to acknowledge it. Overall, Sipadan has been the best dive location, I’ve been too. While Paul was out diving, I walked around the town. Malaysians are mostly Muslim and wandering the streets here felt a little bit like Egypt. Children and adults alike would stop for 5 minutes to stare at me, which gets a little unnerving. I had a lady follow me around a shop, almost touching me, which was enough to drive me out of the shop quickly. Tourists come here to dive and I suppose there aren’t tons of tourists that

walk through the markets and streets of town.

Into the Borneo Jungle

Apart from the great diving at Sipadan, another reason we wanted to come to Borneo was to visit a jungle camp up the Kinabatangan River. A couple of years ago, my room mate from university, Virginia, was travelling and Paul’s friend, Jeff was travelling and at a jungle camp called Uncle Tan’s in Borneo, they somehow managed to figure out that they were both friends with us even though they had never met. So we thought it would be a cool place to visit. Before we went to the jungle camp, we visited the Sepilok Orang Utan Rehabilitation Centre. We didn’t realize the orang utans are an endagered species and that there are only 10,000-30,000 left, and are now only located on Borneo and Sumatra. They are the third closest related species to man, with 96% the same genes. Malaysia is covered with palm oil plantations and the clear cutting of forest threatens their environment. The Rehabilitation Centre takes in orphaned babies, teaches them to survive in the wild and then releases them to National Parks. We got to get up close to these orang utans

and they are really cool creatures to watch.

Uncle Tan’s is a popular place with backpackers where you can see some great wildlife in the Borneo jungle. We met with our group and drove for an hour and then got in a boat for the hour ride up the Kinabatangan River to reach the camp, where we stayed for 4 days. Initially the brown river flowed between the palm plantations, but as we went further into the pristine rainforest, the palms were replaced with lots of wildlife. On our first day, we saw long tailed macaws, probiscus monkeys (rare type of monkey), wild pigs, hornbills, eagles, small crocodiles, and a monitor lizard. The camp is very basic and it had a summer camp type of feel with activities planned throughout the day. The camp can hold 60 people, but there were never more than 20 while we were there. It is very basic with shared huts with mattresses on the ground with mozzie nets. After dinner, we went on a night river cruise to spot nocturnal animals and saw owls, probiscus monkeys, sleeping birds and a civet cat. We were up early the next

day for another river safari to see more animals of the river. Next up we trekked through the jungle and the guide pointed out various flora and fauna. Since it is a rainforest, it rains every day and as a result the camp often floods. Those rubber boots really came in handy! The Malay guides at the camp were excellent – very informative and you could tell they really enjoyed their jobs. It was fun to just sit in the camp and listed to them play guitar or watch them play volleyball or football. They really wanted to show you their Malaysia and wanted you to feel at home. After dinner that night, Paul went on a night jungle trek, while I opted to stay and have some girl talk with some great girls we’d met. One of the girls had just done an Africa overland trip and she had met her now-fiancee on the truck and they are still travelling – really nice story. On the night trek, Paul saw lots of tree frogs and insects and lots of mud and water (almost waist deep). The next day, we lounged around, doing the occasional river cruise. We were

relaxing when one of the guides came running up, telling us he had spotted an orang utan. We ran through the mud and sure enough we got to see 3 orang utans and a baby in the wild. Really cool to see them in the wild, since it is hard to spot them. The 4 days at the camp were really nice and relaxing. We met lots of great people, saw some cool wildlife and got a chance to talk to our Malay guides. We headed out of the jungle and spent a night in Sandakan, and tomorrow we will fly to Kuala Lumpur and work our way north from there. We’ve been enjoying the Asian food, although already we are craving Western food like pizza and pasta. We do apologize that this blog is not that exciting. We have having trouble even thinking because we are sitting in this internet cafe in Sandakan with 30 Malaysian kids playing videogames at top volume. Pow-pow…bang…bang!!! 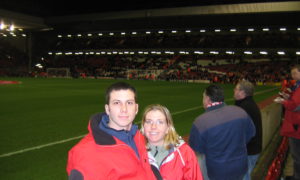 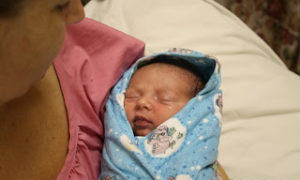 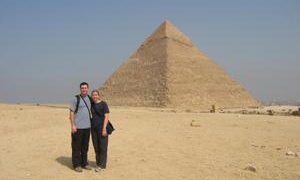 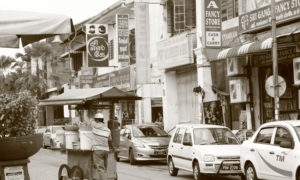